Tim Baker from Brew Bar Coffee House at 11 Camden High Street shares his pop up story with us.

In my job as a management consultant, I had moments where I realised I didn’t want to go further with it. People earn good money and have done well but there’s no way I wanted to do it. I really hate management speak. I had this idea bubbling away for a couple of years for a brew bar. I always had the idea, but never saw how I was going to do it.

I considered working in coffee shops. I also looked at various websites at long term shop lets, but I saw no way I could do that. You often have to pay a premium. If I drove past somewhere empty that looked good, I’d ring up the agents, but never with any belief I’d be able to do it.

I saw We Are Pop Up and had been on a few times and saw this place in Camden. I went there and sat outside, and counted the footfall. I was happy. It was an empty property which was nice.

I went on the website and sent a message straight to the landlord. After only a couple of messages, I set up a viewing. I didn’t know what I was looking for, but I asked questions – the history of the building, the fees. I brought with me a builder which was quite useful – he could ask questions and point out any flaws. Then I went back with an interior designer. After two visits, I was happy to go ahead.

In some ways I did just close my eyes and sign. I thought, it’s only three months, so I jumped in. I didn’t want to continue doing the things I’d been doing previously. The landlord was ready to go. He did pull it for a day because it was all too quick!

I signed with an electronic signature. It was all seriously simple. I tried to make sure all the communication is on the site itself because that’s a good legal record.

Doing it on a three month license meant less risk, and I could make mistakes. There are mistakes you need to make if you’ve not run a coffee shop before. 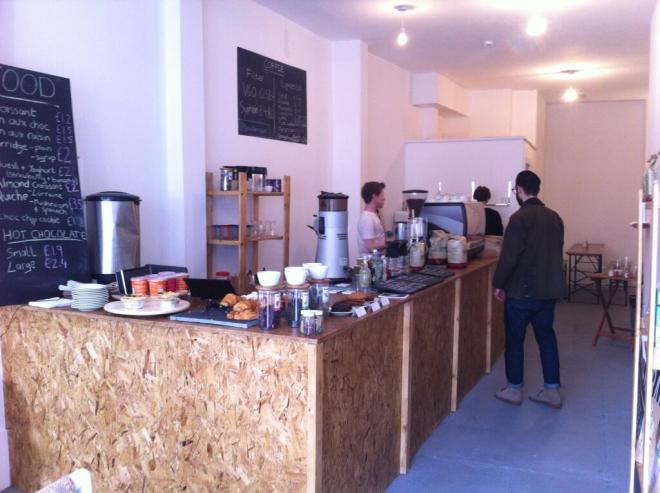 I did the space up in eight days. It looks quite good because I haven’t done a lot to it. It has an urban industrial feel, with concrete floors. I did it very cheaply, but I have to recover that in three months or accept the loss. There’s a negotiation between you and the landlord about what you can and can’t do. There have been minor problems, but he got someone to fix them. He put my shop sign up because he happened to have a handyman nearby, which was nice.

The original plan was to have a proper coffee brew bar, where the first thing you see is a syphon and filter. But brewing coffee this way takes time, so I offered other options for people who want their coffee quickly.

The real focus is coffee but after opening I very quickly realised I needed food. I used We Are Pop Up to get the food side going. It brings people into the shop. I made the window space of the shop an area for food businesses, like a market stall at lunchtimes. I’ve had four different ones so far. I’ve used We Are Pop Up both as a tenant and landlord, to sublet that area. 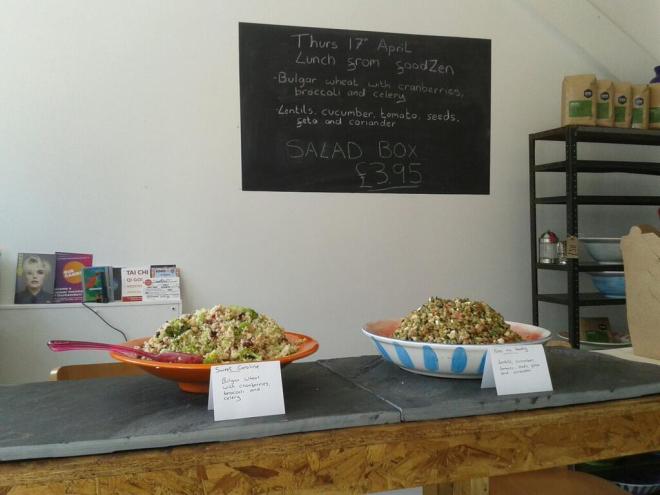 Wifi was a real hurdle. The broadband companies want you to sign up for a year. I got a really big dongle instead, and that’s worked.

A lot of customers have come back because we were flexible at the beginning, adding food and different types of milk, like almond milk and lacto-free. It’s important to be flexible and willing to listen to what people want. But you have to balance that with consistency. For example, the heat of our coffee. Some people like it hotter, some cooler. You have to find the right balance between being flexible with customers, and developing the way you’re known for doing things. We chose an optimum temperature and stuck to it. 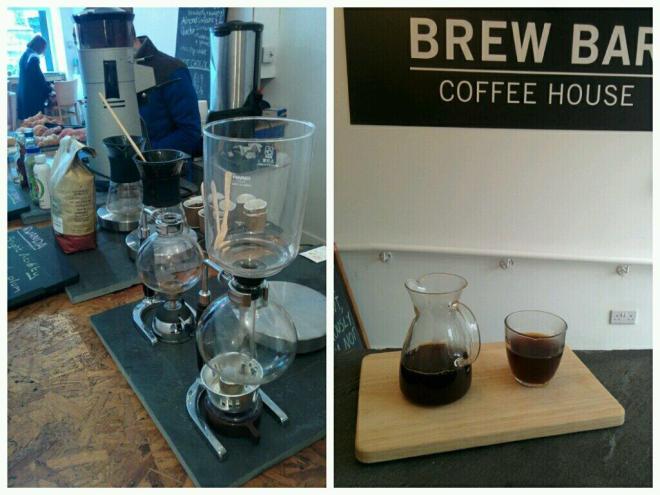 Setting up a bank account was one of the biggest challenges. Banks don’t quite understand digital documents, so I had to sign a paper lease to get a bank account.

It can be difficult to get answers out of the council, like for outside seating prices.

I’m not 100% sure if I’m going to renew, but I’ve got the option. I could go and use everything I’ve learned somewhere else, or stay here. That’s the great thing about pop ups, trying something out in a short period of time. I couldn’t have done it without We Are Pop Up.

Want to launch your very own coffee house? Or any other pop up for that matter… Head to our website and check out the hundreds of spaces currently looking for tenants, here.